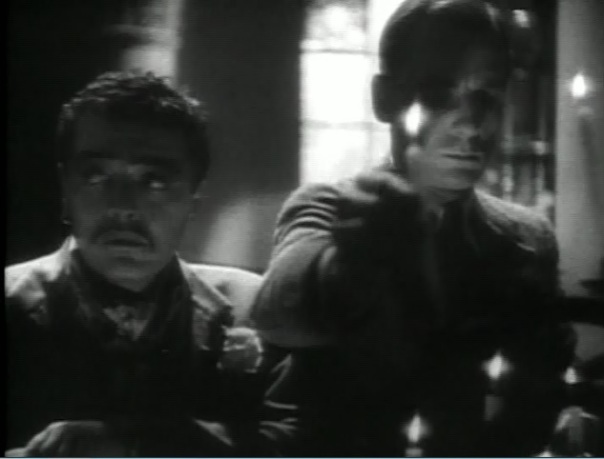 When people talk about Alfred Hitchcock’s career before he came to the US, they generally talk about The 39 Steps and The Lady Vanishes. Those are the two films that get all the attention, and the rest of his work in Britain is pretty much forgotten. But Hitchcock made over twenty features before he came to the US, and these are the movies that laid the groundwork for his whole career. Many of the themes that run through Notorious, North by Northwest, Vertigo and Psycho are already apparent in the films he did in Britain.

Hitchcock’s earliest work in the silents is wildly uneven, but by the time sound came in he seemed to have a pretty good idea of where he was going. It’s also interesting to see him play with the medium and test its boundaries. Blackmail may not be up there with Hitchcock’s best, but in some ways it’s really innovative, and you can already see the director’s grim sense of irony. Sabotage tells the harrowing story of an ordinary woman who’s caught up in an extraordinary situation, an idea that Hitchcock returned to many times in later years.

Secret Agent is one of the most complex and disturbing films the director made in Britain. Based on W. Somerset Maugham, the film tells the story of an inexperienced spy who finds himself getting cold feet when confronted with the ugly realities of his job. It’s one of Hitchcock’s most confident early efforts. He was lucky to have a strong script by Charles Bennett and Ian Hay, providing a fast-paced story and witty dialogue. This is one of the earliest films that exhibited the unique mix of suave sophistication and unnerving anxiety that would serve the director so well throughout his career.

Most spy movies start with the assumption that the hero is working for the good guys, and so anything he does is justified. Not so in this case. While the producers may have seen the film as pro-British propaganda, Hitchcock undermines that agenda by showing the awful complexities that confront a spy during wartime. There are few espionage movies that allow the hero to kill the wrong man, but that’s exactly what happens here. Our hero, Ashenden, and his associate, the General, believe they’ve found the enemy spy and arrange for him to have a fatal accident. But they’ve guessed wrong, and a kindly middle-aged man is sent to his death. The director makes us feel the pain of this senseless loss by letting us hear the man’s dog wailing uncontrollably after he’s gone.

At this point Ashenden is starting to question the whole enterprise, and Elsa, who’s been posing as his wife, is convinced they need to call it off. The General, meanwhile, is determined to finish the job, and wastes no time grieving over the innocent man’s death. This sets up the tension that underlies the rest of the film. Elsa is adamant that murder is immoral, whatever the reason, and has no intention of continuing. The General, on the other hand, is a hired assassin who’s always ready to ply his trade. And Ashenden is caught between the two, appalled at the General’s callousness, but believing he’s got to do his duty, no matter how difficult it is.

John Gielgud gives a strikingly sharp performance in the title role. At first smart and suave, we see him turn anxious and indecisive when it comes down to actually taking someone’s life. Madeline Carroll is also excellent. She’s not just playing the love interest. Her character starts with the attitude that the spy game is an amusing romp. After the death of an innocent man, she realizes how terrible the consequences can be. As the enemy spy, Robert Young demonstrates what a gifted actor he was, with a deft touch for comedy, but also the ability to project a ruthless cool. It’s a shame he wasted the later part of his career in saccharine TV shows. Peter Lorre was a marvelous actor, but I have to say he’s a little too much for me here. His performance is enjoyable, but it’s too insistently eccentric. I think I’d like him better if he’d taken it down a notch or two.

After the big climax, the film’s final scenes show a quick montage of the Brits winning the war, followed by a shot of Ashenden and Elsa, now reunited as a happy couple. It’s way too pat. This facile wrap-up brushes aside all the nasty aspects of the story we’ve just watched in order to send us away with a happy ending. But Hitchcock has begun his exploration of the awful uncertainties, the disturbing ambiguities that all of us have to deal with in one way or another. As his career continued, this journey would take him into some of the darkest corners of the human soul.