Tennessee Williams didn’t just write about sex, he celebrated it. At a time when American culture was still pretty straightlaced, he put eroticism front and center in his work. Some people thought his plays were scandalous, and actually, many of them were. Joyously scandalous. Williams had an amazing gift for combining lurid melodrama with heartbreaking poetry. His racy themes made him a target for criticism, but they also helped push him into the spotlight. The upshot was that he became one of the people who transformed American culture in the fifties.

But like so many people who lead the charge, Williams did run into a few brick walls. He was able to get away with pretty much anything when he was writing for Broadway. Not so much when his plays went to Hollywood. Even though the production code’s influence was waning, the studios still censored themselves. It must have been tough for Williams to see his work mangled. But it may have been even more painful for the writer to see the one film he wrote in complete freedom taken out of circulation and buried.

Baby Doll wasn’t an adaptation. Williams wrote it himself for the screen. It’s about a nineteen year old girl who’s married to a man twice her age. But there’s a catch. The marriage won’t be consummated until she turns twenty. Her husband Archie Lee, a lecherous Southern businessman who runs a cotton gin, can’t wait for her birthday, which is just two days away when the story begins. But Baby Doll isn’t so sure she wants to seal the deal. Archie’s business has run into trouble, and the life of luxury he promised hasn’t materialized. The mansion they live in is a decaying wreck. And to make matters worse, the furniture’s about to be repossessed. This is not the life of ease that Baby Doll expected.

There was probably no one better suited to bring Williams’ vision to the screen than Elia Kazan. He knew how to kindle the energy and intensity the playwright’s work required, and he understood William’s wicked sense of humor. Kazan’s film of A Streetcar Named Desire brought out all the play’s emotional violence against the background of a sultry, expressionist New Orleans. But Baby Doll is a comedy, and so Kazan creates a softer mood. Shot on location, the film has an easy, rambling rhythm that seems to grow naturally out of its setting in the rural South.

Sundown in the South.

Cinematographer Boris Kaufman seems to feel the landscape as much as he sees it. The sun’s fading rays scattered across a withered field. The flat, harsh lighting of a small town cafe. The wistful sadness of a rainy day. He seamlessly melds the weathered landscapes of the South and the crumbling grandeur of the old mansion into the same visual fabric. Kaufman had a gift for finding a film’s emotional tone. The film is a comedy, but the images also reveal the pathos in the struggles of these small town folks. Kenyon Hopkin’s sensual score also plays an important part. The strings glide along with a silky indolence, while the insinuating sax has a sensual, lazy warmth.

You can’t talk about this film without talking about the actors. Williams’ script gives them a lot to work with, and they all wring everything they can out of their parts. Karl Malden’s Archie Lee is an ignorant bully, but there are times when you can’t help feeling sorry for him. He’s so dumb he has no idea why his life is so miserable. Eli Wallach is brimming with vitality as Vacarro, the Sicilian immigrant who’s made a success of himself even though the townspeople hate him. Vacarro may be ruthless, but he’s not cruel, and Wallach let’s us see a glimmer of compassion under his hard surface. And at the center of it all is Carroll Baker’s Baby Doll, a child who doesn’t realize she’s become a woman. The actress plays the role with a bracing mix of innocence and carnality. As physical as her performance is, she also handles Williams’ dialogue beautifully. She brings a heartbreaking sweetness to the film’s melancholy final line.

Baby Doll is a lively, entertaining and beautiful film. But it came out in the mid-fifties, and the world just wasn’t ready for it. The Catholic Church denounced it as pornographic. The Legion of Decency and other groups came out against it. After a brief release, Warner Bros. pulled it out of theatres. Williams was bitterly disappointed. The film had its defenders, but a few glowing reviews weren’t enough to counteract the storm of criticism. Baby Doll went back into the vaults, and sat there for decades. In spite of the amazing number of talented people who worked on this movie, it was pretty much forgotten for forty years.

Film is a funny business. There are so many artists who go to Hollywood and get completely beaten down. The movies they try to make get mangled, and sometimes even buried. But Baby Doll is back in circulation again, and it’s proof that sometimes the artists win out. Williams had a great sense of humor. I can almost hear him laughing from the grave. 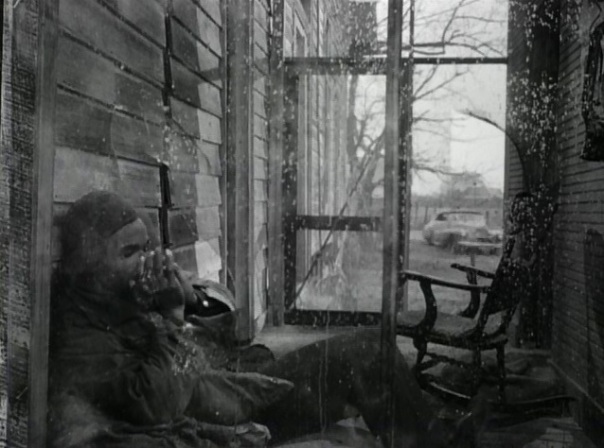