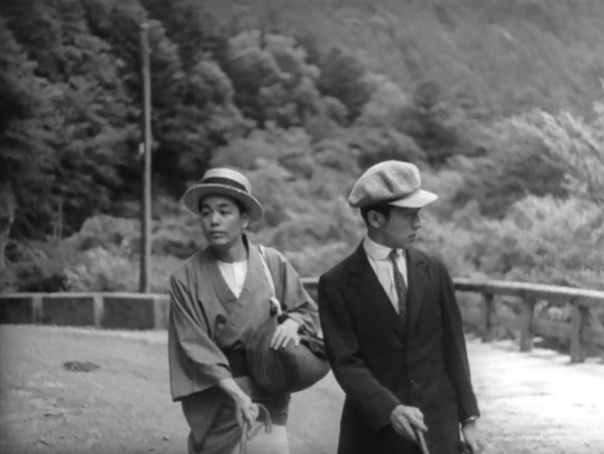 We see two blind men walking along a country road. They’re travelling to a resort in the hills where they’ll ply their trade as masseurs, serving clients in the local spas. The way they talk, joke and argue together, we get the sense that they’ve known each other for a long time. In fact, they’ve made this trip together many times, spending their winters working in the south of Japan and travelling north in summer.

This hillside resort, a place where travellers come and go, is the perfect setting for The Masseurs and a Woman, Hiroshi Shimizu’s story of people who have no home. There are the two masseurs, who migrate according to the seasons. There is the young boy whose parents have died, leaving him no choice but to live with his uncle. And there is the woman from Tokyo, travelling alone, unsure of where she’s headed next. Shimizu’s films often focus on people who have no roots. He seems to feel the isolation and loneliness of people who can’t go home.

In The Masseurs and a Woman, Shimizu’s camera roams through the resort, following the various characters as they meet each other, form relationships, and finally drift apart. He moves his camera a lot, but so unobtrusively that you’re hardly aware of it. He stages scenes to create a sense of space, often with actors placed in the foreground and the background, cutting only when necessary. This gentle, unforced approach allows us to observe these people as they eat, drink, walk and talk, and gradually we get to know them. 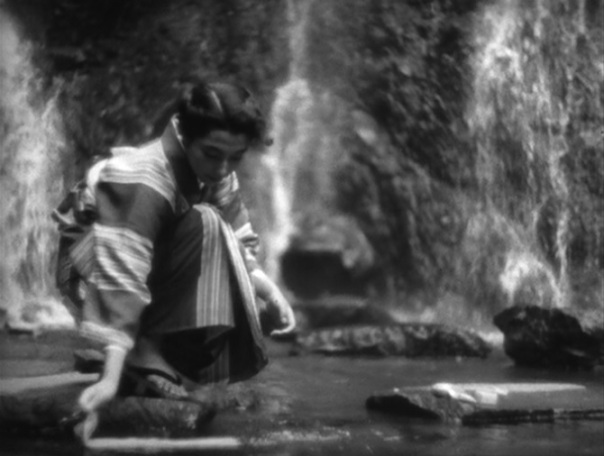 Shimizu’s characters want to connect with each other, they want companionship, friendship, love, but somehow these things prove elusive. Sometimes they try too hard. Sometimes their insecurity gets the better of them. And sometimes it’s just not in the cards. It’s sad enough that one of the masseurs falls in love with the woman from Tokyo, when there’s no chance they’ll get together. But even sadder is the tension this creates with his longtime friend. They may never again be as close as they were.

The Masseurs and a Woman seems lighthearted to start with, but as the story goes on, and we realize how lonely these people are, the film is slowly infused with a deep sadness. The score, by Senji Itô, also expresses this change in tone. Itô’s music for the opening credits starts the film off with a jaunty feeling. Later he gives us a lilting melody that echoes the quiet beauty of the Japanese countryside. And at the end, the haunting final cue underscores the loneliness that weighs these people down.

The film ends as it began, on the road, but things have changed dramatically. At the beginning, we walked with the two masseurs as they marched along, chatting amiably to pass the time. At the end, we see one of the masseurs running desperately to catch a last “glimpse” of the woman from Tokyo as a cab carries her away. His friend stands by himself at a distance. Shimizu does nothing to lighten the sense of loss. These people are on their own.

Wandering down the endless road.