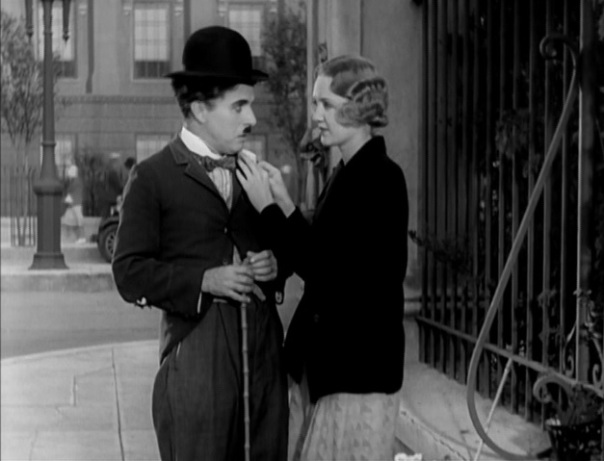 In the twenties, Charlie Chaplin was sitting on top of the world. An international star and owner of his own studio, he had complete control over the films he made. Chaplin worked at his own pace, taking as much time as he needed to get things right. He might spend days on a single scene, and if later he decided it wasn’t right, he’d go back and shoot it all over again. If he felt like he needed a break in the middle of shooting, he’d shut the production down and go back to it when he was ready to resume. I can’t think of another commercial filmmaker who had the same freedom.

Chaplin started out making shorts in the teens. His early efforts were rough, but by 1920 he’d mastered the medium, and it’s important to understand what the medium was in those days. In the silent era, commercial filmmaking relied on characters that were easily recognizable stereotypes, and stories that were told in the clearest possible terms. Without dialogue to help define more complex characters and situations, filmmakers had to use a visual language that was simple and direct.

When Chaplin came on screen as the Tramp, audiences recognized the character immediately. He was the little guy, the ordinary fellow who didn’t want any trouble, and spent most of his time just trying to get by. Put him next to a burly roughneck or an elegant society woman and the situation was clear right away. Without a word being spoken, it was easy to see he was either dealing with an antagonist or an aristocrat, and audiences would naturally be rooting for Chaplin, the underdog. The plots were just as simple, setting up blunt contrasts between love and hate, kindness and cruelty, selfishness and self-sacrifice. They appealed to the audience’s most basic emotions, and at their best, the silent films of the studio era had a primal power that was irresistible.

City Lights is one of the prime examples of this kind of filmmaking. The story is real simple. The Tramp falls in love with the Blind Girl who sells flowers on the street. When he finds out she needs money, he (sort of) steals the cash to help her out, but ends up going to prison for the crime. You can’t get much more melodramatic than that, but Chaplin uses this soap opera storyline to create a film that’s funny, beautiful, and sometimes heartbreaking.

These days there are lots of people who complain that Chaplin’s work is too sentimental, and even in his own time there were critics who held that view. All I can say is, it works for me. If I thought that he wasn’t sincere, that he was just trying to manipulate the audience, then I’d be angry at this fraud who was tugging at my heartstrings. But I think Chaplin absolutely believed in the world he created on the screen. Not to say that he believed it was realistic, because he certainly knew that his movies relied heavily on artifice. The reality he was reaching for was an emotional one. Even if the situations were sheer fantasy, Chaplin tried to make the emotions ring true.

One of the reasons Chaplin was so good at putting us in touch with his characters’ feelings is that he understood the relationship between the performer and the camera. For his comic scenes, he spent endless hours shooting rehearsals so that he could fine tune every gesture, making it fit precisely within the frame. The sequence where we see him gazing at the statue in the store window is a classic example. The whole thing is shot from one angle, but it’s absolutely the right angle. Chaplin shot reel after reel of rehearsals, slowly working out a subtle choreography that can wring laughs out of the smallest gesture. In the scene where he meets the Flower Girl, played by Virginia Cherrill, it starts out sweetly charming, then there’s a sense of wistful longing, and suddenly we’re laughing at a slapstick gag. Chaplin accomplishes all this with the simplest set-ups, but he always makes sure that the camera is positioned to pick up everything the actors are doing. It’s not just the expressions on their faces, it’s the way they stand, the way they walk, the way they move their hands. The storyline may be pure melodrama, but scenes like this are a subtle, complex dance.

City Lights shows how completely Chaplin understood silent filmmaking, but he never figured out how to deal with sound. His art was built on the poetry of popular melodrama. The images were so simple you didn’t need words. When he finally started making films with dialogue, the words seemed like excess baggage, weighing everything down. He certainly has some interesting things to say in movies like The Great Dictator and Monsieur Verdoux, but in those later efforts it seems like he’s trying to explain himself, rather than trusting us to understand. In City Lights he doesn’t need to explain anything. We don’t have to hear what Chaplin is saying. We can feel it. 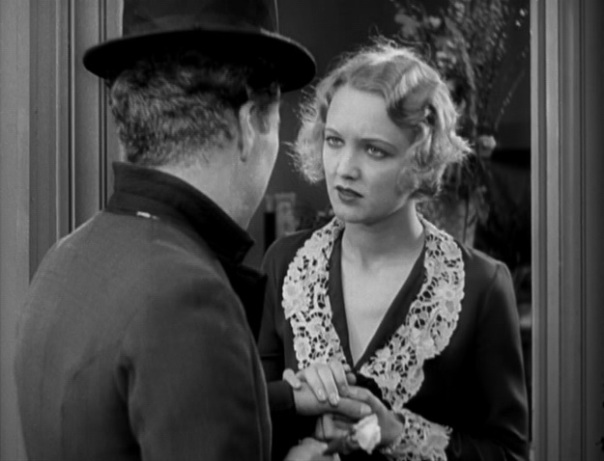 The moment of recognition.