Orson Welles at One Hundred

Welles in his short-lived BBC series, Around the World with Orson Welles.

Orson Welles was born one hundred years ago today. Generally I’m not into making a big deal about birthdays, but this seems like an important one. Sure, it’s important to me because Welles had a huge impact on my life, but if you do a search on the net you’ll find that there are many others out there who think the day is worth celebrating.

Mostly these days Welles is remembered for The War of the Worlds and Citizen Kane, two early efforts that made him famous, and in some circles infamous. In reality, he had a long and varied career, starting on the stage, moving to radio, then to film and later to television. 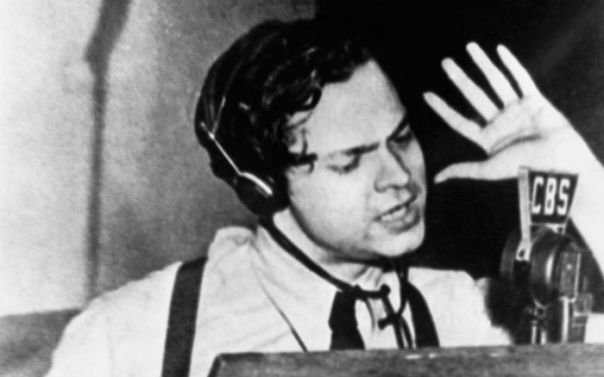 A shot of Welles during one of his radio broadcasts.

Much of his work in radio survives, but it’s ignored or forgotten. Hardly anybody talks about his brief but impressive career in television. And sadly, of the many productions he directed for the stage, all we have are photographs, reviews and anecdotes. We can only imagine what the Black Macbeth, the modern-dress Julius Caesar and Around the World in Eighty Days were like. There’s very little information about the version of King Lear that Welles staged in New York in the fifties. It only lasted for twenty one performances. And though we do have the text of Moby Dick, Rehearsed, the performance of the play is lost to us forever.

Still, even if we just look at Welles’ career in film, there’s a lot to celebrate. Citizen Kane got only a limited release at the time it was made, but it influenced a generation of filmmakers. Even in its mutilated form, The Magnificent Ambersons is a heartbreaking account of the disintegration of an American family. The Lady from Shanghai, also mangled by the studio, is still a dazzling exploration of desire and corruption.

Much of the recognition Welles received for these early films was inspired by his innovative use of sound and image. But art isn’t just about technical flash. Sure, the early stuff is thrilling. But it’s the later work where he starts digging deeper into himself, and that’s where it really gets interesting. You’ll see some virtuoso camerawork in Touch of Evil, but the heart of the story is the relationship between Quinlan and Menzies. Chimes at Midnight is one of Welles’ most straightforward films in terms of technique, but in telling the story of Falstaff and Hal he seems to be revealing more of himself than ever before. And while many view Fake? as an entertaining trifle, the film offers some profound insights on the nature of art and authorship. 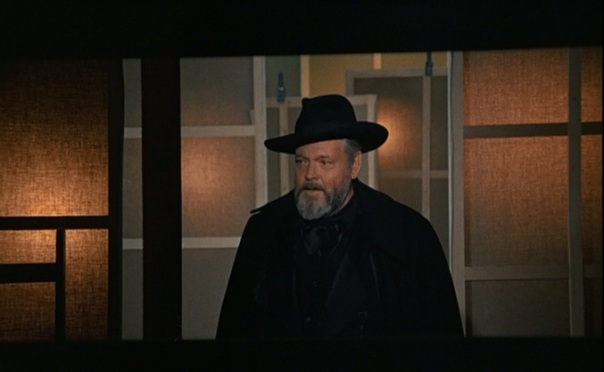 When I was younger, I used to see Welles’ career as a tragedy. Back then I tended to focus on the fact that the studios wouldn’t touch him, and it pained me to see him doing awful movies and silly commercials to finance his films. But as I’ve gotten older, my perspective has changed. Now I can’t believe what an incredible life he had. In his early twenties he was a star on the stage and on radio. At twenty five he finished his first feature. The thing that really impresses me, though, is the perseverance he showed later on in life. Things quickly went bad for him in Hollywood. Working in Europe in the fifties he was always scrambling to find money to make films. When he returned to LA in the sixties, the studios were even less interested than they had been twenty years before. But he kept working. And he kept making movies. And that’s why, in spite of his faults, in spite of his failures, he seems absolutely heroic to me. 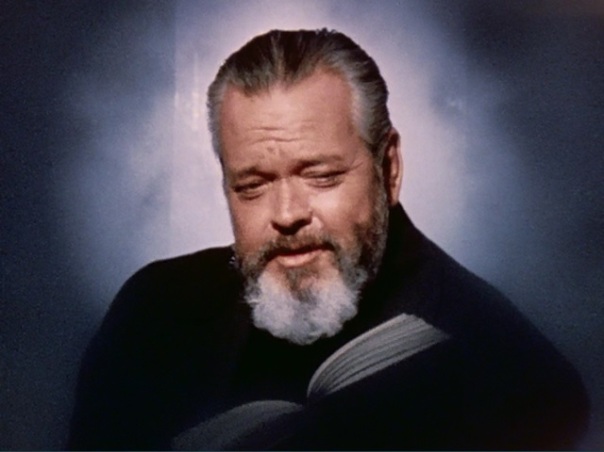 If you live in the LA area, you have a couple options for celebrating Welles’ birthday over the next few days. Tonight and tomorrow the New Beverly is showcasing his work as an actor, screening Treasure Island and The Long, Hot Summer. On Thursday and Friday they’ll be showing Orson Welles and Me along with The Cat’s Meow. Not exactly sure why they’re showing The Cat’s Meow, since the connection to Welles’ career is pretty tenuous. But I recommend Orson Welles and Me very highly. In this moving coming of age story from Richard Linklater, a young man goes to work for the Mercury Theatre in its heyday. Christian McKay is fabulous as the young Orson Welles, a brilliant, arrogant, charming monster, alternately seducing and terrorizing his company.

At its Aero Theatre in Santa Monica, the American Cinematheque kicks off its Welles celebration on Thursday with The Lady from Shanghai, and wraps it up on Sunday with Touch of Evil. Every night is worth checking out, but on Saturday they’re screening a couple of films that don’t show up in theatres very often. Many of Welles’ admirers, including me, think Chimes at Midnight is his most personal and most powerful film. His reworking of the story of Prince Hal and Falstaff is both beautiful and heartbreaking. On the same bill is the director’s version of Othello from the fifties. It may not be up there with Welles’ best work, but it’s breathtakingly beautiful, both in terms of image and sound.

Links for both theatres are below. Have fun.

American Cinematheque at the Aero

Posted on May 6, 2015, in Uncategorized and tagged Orson Welles. Bookmark the permalink. Leave a comment.